From the Constellatio Series, Andromeda, known as “the Chained Woman”, is a constellation north of the celestial equator named for the daughter of Cassiopeia, who was chained to a rock. While the series’ Latin name—for “constellation,”—hark back to the origins of modern astronomy in the discoveries of Claudius Ptolemy in 2nd century ce and other ancient astronomers, and the title of the individual print reflects the enduring influence of Greco-Roman mythology in identifying astronomical objects, such historical associations form but one aspect of the works’ multivalence. Andromeda is also associated with the Mesopotamian creation story of Tiamat, the goddess of Chaos. 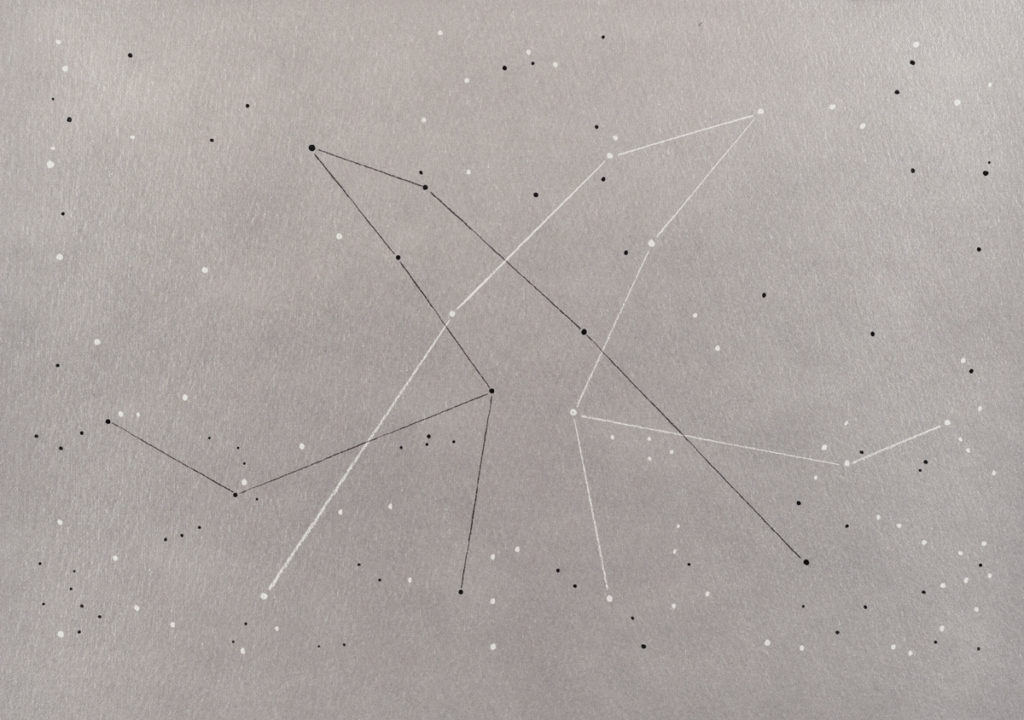