From the Constellatio Series, Aquila (“Eagle”, Latin) is a constellation on the celestial equator associated with the eagle that kidnapped Ganymede, a son of one of the kings of Troy and a lover to Zeus in Greek-Roman mythology. The elemental geometric form and clean linearity derived from astrophysical observations reflect the beauty inherent in the ability of mathematics to describe natural phenomena, a beauty that might be said to underlie existence itself. Aquila was one of the 48 constellations described by the second-century astronomer Ptolemy. It had been earlier mentioned by Eudoxus in the fourth century BC and Aratus in the third century BC. 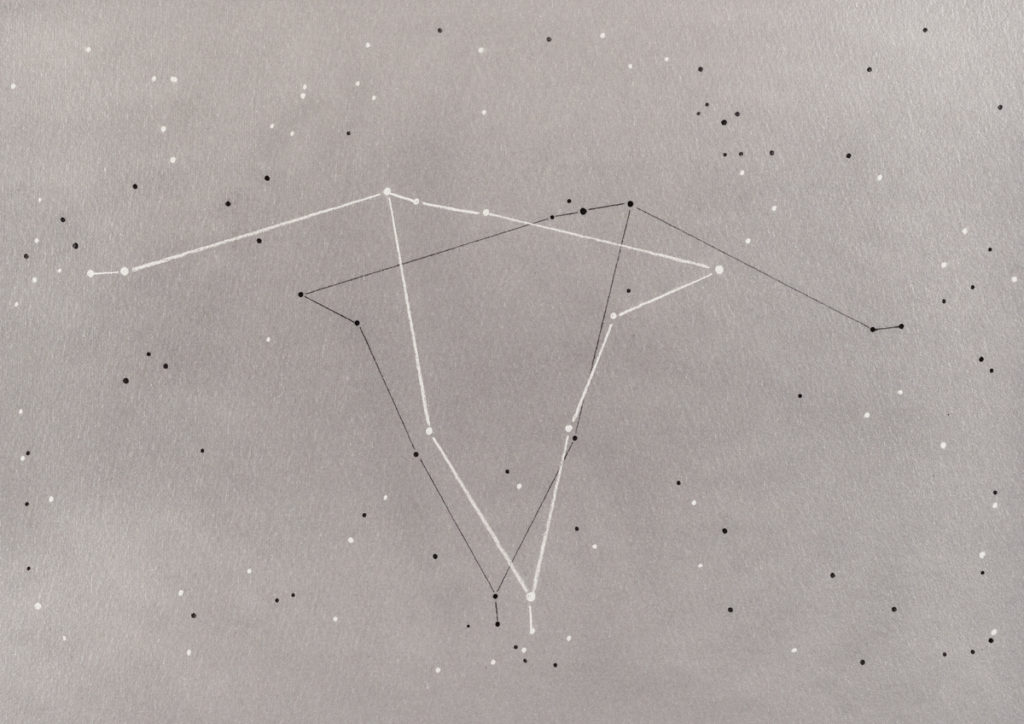