From the Stella (“Star”, Latin) Series, Errai is the third brightest star in the Cepheus Constellation. The arcs and lines celebrate the star’s movement as seen from the Mediterranean island of Ibiza between the mainland of Spain and Morocco. The light and dark astronomical-specific mathematical information including right ascension, declination, radial velocity, luminosity and apparent magnitude move along the interstellar pathways describing the star’s individual characteristics and galactic location. Errai is 46 light-years from Earth. 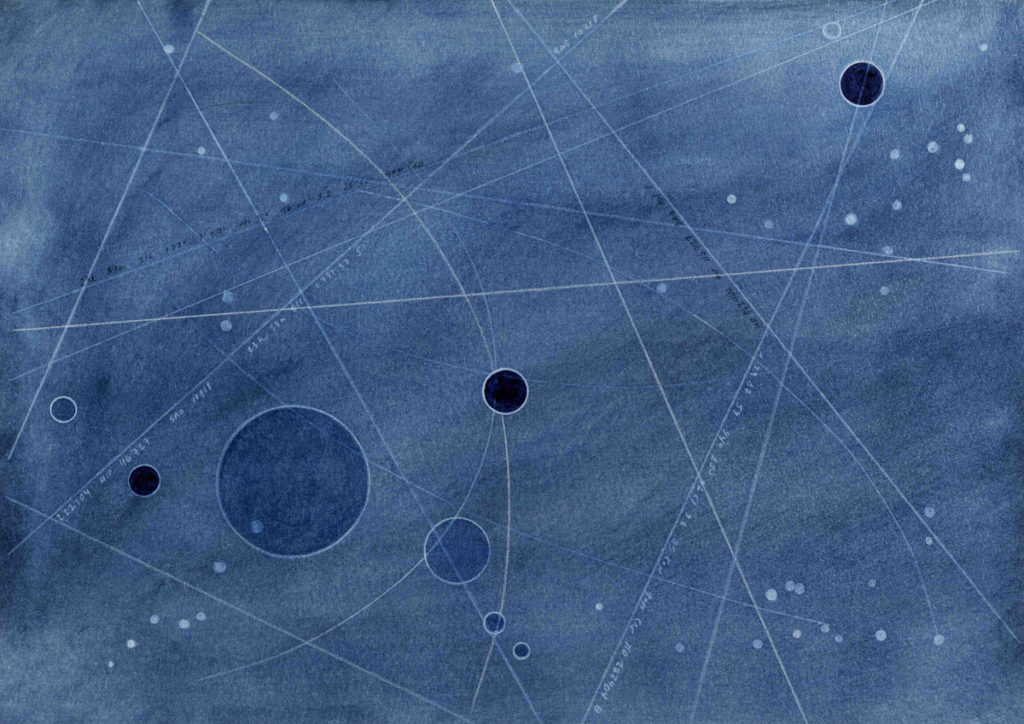