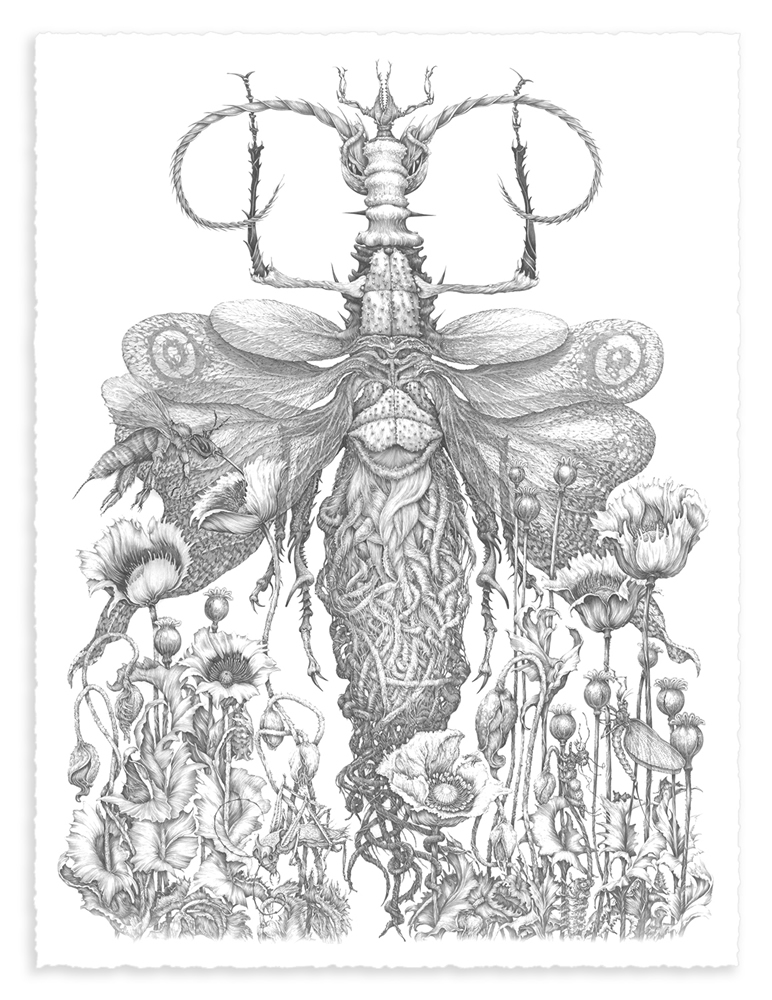 During his 25-year tenure at George Lucas’s Industrial Light & Magic (ILM), Jeff Mann created characters, spaceships, creatures and miniature sets for iconic films such as Star Wars, E.T. the Extra-Terrestrial, Indiana Jones, Forrest Gump, Star Trek II, III, IV, Men in Black II, Jurassic Park, and Back to the Future I, II. While the visual effects were born from pure imagination they were brought to life with the most advanced technology available at the time.

Since making the decision to return to his own art five years ago, Mann has simplified his tools. Gone are the computers, the cameras, and the team of model-makers and CG artists. His newest works are produced in the solitude of his studio with a simple, albeit specific, pencil (Staedlar Mars Lumograph 2B) and eraser. With these basic tools, Mann has created a series of drawings featuring flora and fauna that are ostensibly from a different dimension. The pods, antennae, tentacles, wings and claws of his creations are rendered in such intense detail that they appear to be ripped from a catalogue of unnatural beings.