An exhibition to benefit the Ojai Land Conservancy and Ojai Defense Fund. 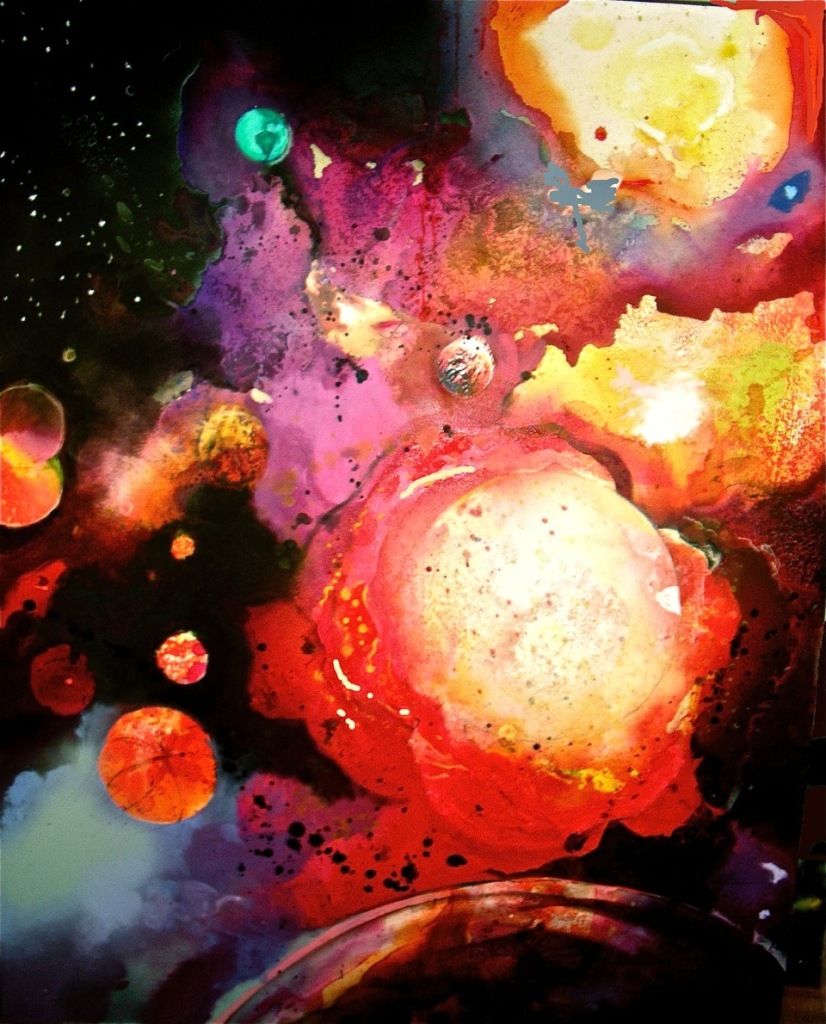 In her mono-chromatic mono prints Noad seeks the emergent image. Little control is exercised over the plate initially. Only when the paper is pulled from the inked surface of the plate does she extract the completed image from what she sees. The plate itself can be manipulated but she keeps her interference with what is on it to a minimum. It is only afterwards that she draws into it using mainly pen and ink on museum board or acid free paper. She compares her process to “fishing in the unconscious” and it is this involvement in the mystery of the act that drives her.

Noad treads the illusory edge between abstraction and realism, depending on how you look, all can be found to be quite abstract, and this is a source of great creative potential for both the artist and viewer. The latter is invited to use his or her imagination in envisioning the work. Starting out as a biology major, it was the view through the microscope that first inspired her art. She is a graduate of UCLA.

The series of mono-prints “Lunaria”, the Spanish word for Moonflower which is the white night blooming cousin of the Morning Glory. It is said to have psychedelic properties so alludes to the mystery of dreams and nighttime poetic imaginings. The pink dessert primrose is also a moonflower as is the night-blooming Cereus and all three are often found in the work.

Past work has been noted for its use of color and alludes to Cosmological subject matter. The work is large, colorful and seeks to envelope the viewer in the drama of the night and often mingles images of stars and flowers in illusory space.