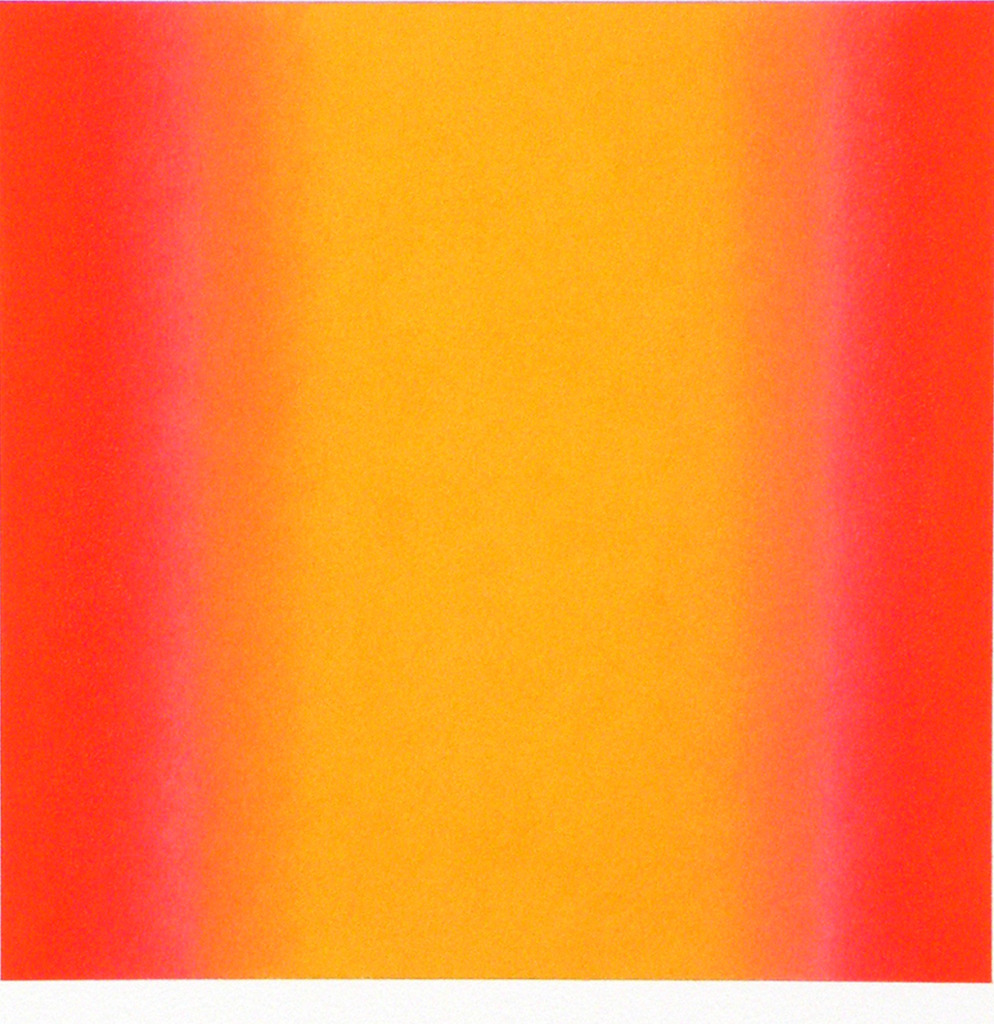 
Porch Gallery Ojai presents Ruth Pastine: BroadBands. Like a composer who orchestrates twelve notes to create musical compositions, Pastine employs three complementary color systems to create artworks that are at once minimal yet complex transcending the typical boundaries of her palette. Pastine’s paintings move beyond the mere study of color, they are models of contradiction that highlight the dialog between the finite vs. infinite, materiality of surface and immateriality of space and light, and the visceral vs. the methodological. As Peter Frank wrote in his essay for Fabrik Magazine, her works “propose transcendence through pure color.”

Breaking from the seamless transitions in her former bodies of work, Pastine’s latest paintings and works on paper incorporate noticeable tonal shifts through the admixture and contrast of hues and values. By disrupting the continuum of colors, she allows marked conversions from hue to hue to emerge. The result is a banding that creates a color-vibration that emanates from the canvas. Pastine generates motion that leads to emotion and through minimalism she creates expressionism.