From the Planeta Series, Uranus is the seventh planet from the Sun and named after the ancient Greek deity of the sky. The aluminum print shows two overlapping views of Uranus: a “positive view,” in black which is the view of the planet looking up from the earth, and a “negative view,” in white which is the view of the planet looking down on the earth. When it comes to (outer) space, there are rules and no rules at the same time. Forward is also backward; up is down; inside is outside; and sideways is also the other way. Confusion is part of the poetry and humans on earth are continually part of it. Astronomical-specific mathematical information along the arcs and lines describe the planet’s galactic location and specific characteristics including right ascension, declination, azimuth and atmosphere. Uranus has 27 moons and an orbital period of 30,799 days. 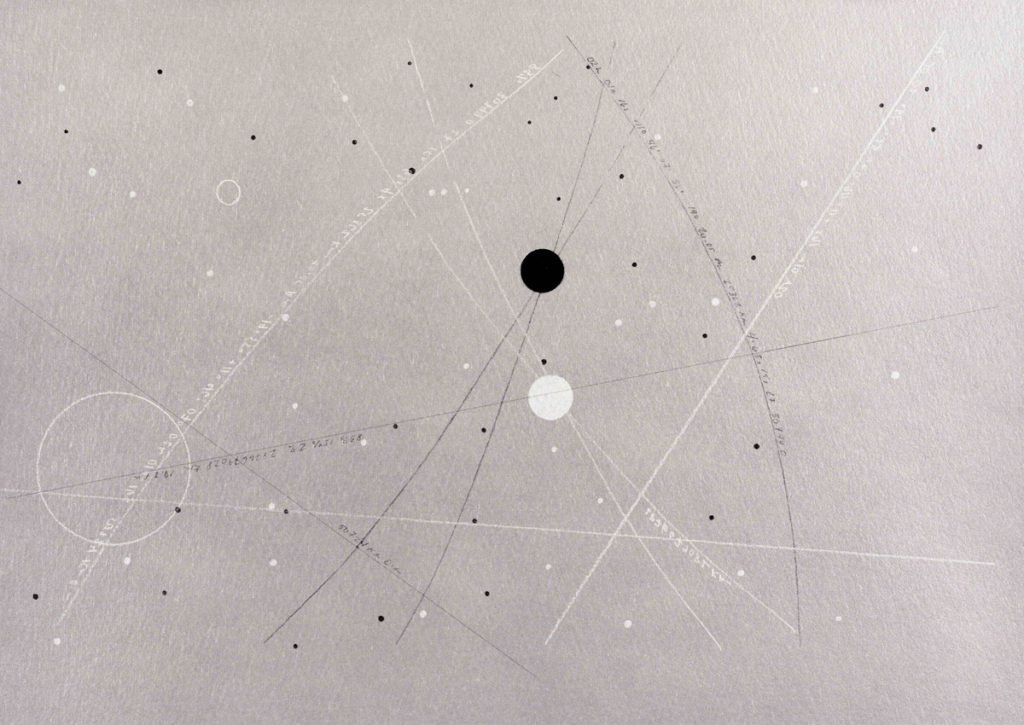