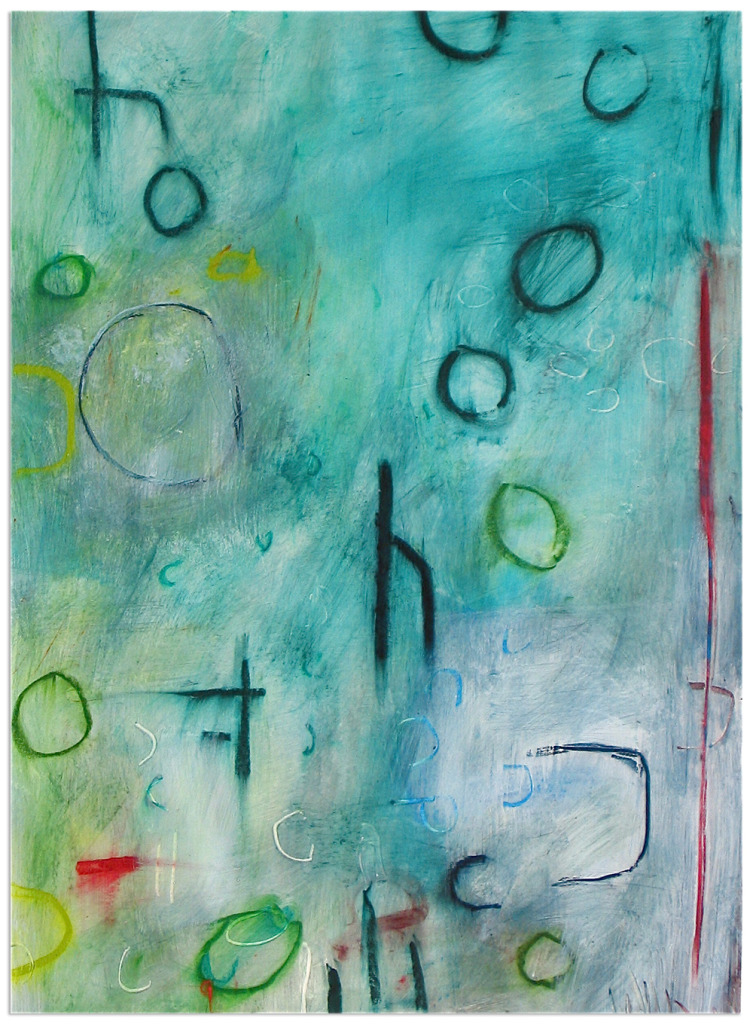 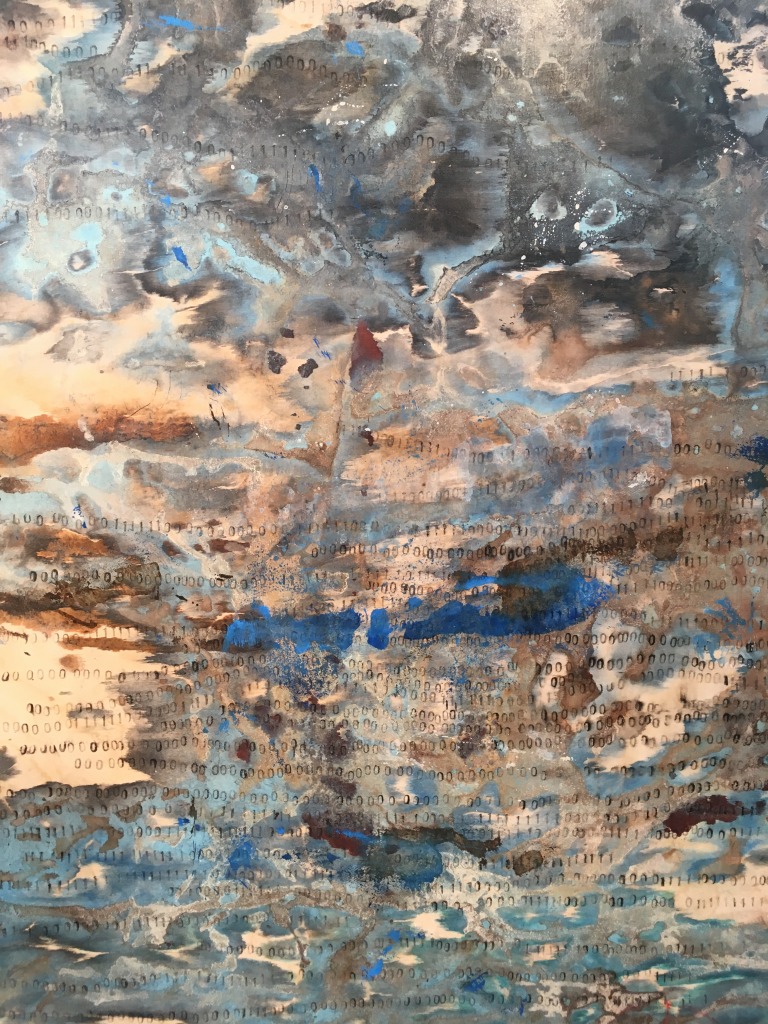 Porch Gallery Ojai Presents: “Epiphany: Selected Works by Erik Reel and Diane Silver.” Like archeologists uncovering the remnants of written language both Reel and Silver’s works create meaning from, not just what is visible, but in what has been obscured.

To understand Reel’s work one must look at his attraction to such seemingly incongruent influences as erased whiteboards, blizzards, improvisational music and abandoned industrial sites. His work celebrates the meaning in remnants, the hidden, the random and destroyed. Symbols and letters populate Reel’s works canvas with jazz-like randomness. It appears that he has taken a paragraph and expunged the structure and the keywords, leaving the viewer to create meaning and beauty from the residue.

Diane Silver’s paintings of eroded binary code are defined not by the missing data but the process of losing it. The virtual represented by the code, fights with the physical represented by the by ink and wax. Like scraps of steel rusted and moss covered that have succumbed to nature through age and weather, the bits of info are absorbed by the human touch of the painting.