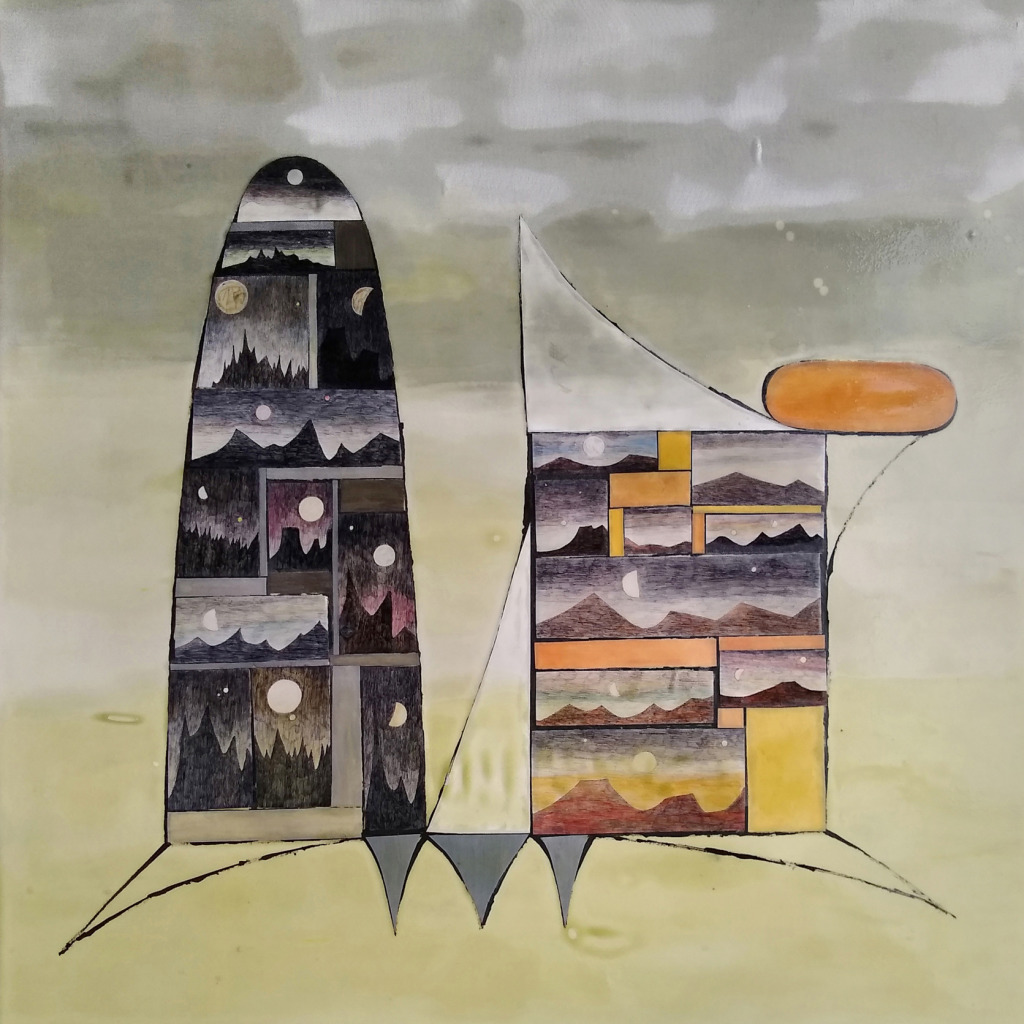 Since the early 1990’s, Russell Crotty has made significant contributions to contemporary drawing, especially with his distinctive ballpoint pen drawings on paper-coated suspended globes and within large-scale books. His work engages astronomy, landscape, mapping, surfing, and coastal studies, along with an idiosyncratic commentary on the natural and manmade worlds.

A serious amateur astronomer, Crotty has obsessively and enthusiastically documented the night sky and celestial phenomenon, utilizing his own small array of telescopes with occasional sojourns to professional observatories. He has done projects with NASA, the Institute of the Arts and Sciences (IAS) at UC Santa Cruz, the UC Lick Observatory, and Theoretical Astrophysics Santa Cruz (TASC). His astronomical work is informed by scientific research by contemporary astrophysicists, romanticized by his extensive knowledge of exploratory 19th century science, and fueled by his immense passion for the cosmos.

Crotty has recently expanded his already vast body of work, investigating new ideas and processes that push the parameters of “works on paper” by incorporating collage, bio-resin and non-traditional materials. Remote and Curious Worlds features these new works on paper that are drawn with sticks dipped in ink, collaged with small detailed drawings, then overlaid with plastic containers – creating a 3-dimensional surface, along with small windows of distortion. The final over-layering of fiberglass and tinted bio-resin (a special non-toxic formula made from pine sap) causes a roll of the dice, pooling and congealing in chance ways that embed the subject into ethereal and particulate atmospheres.

Crotty’s materials have a clear discourse with the subject matter. Engrossed by the abundance of scientific discoveries of exoplanets (planets orbiting other star systems that may be able to sustain life) – and now with the added urgency of the Anthropocene (the human impact on the Earth’s geology) – Crotty’s work moves out of this world and into the realm of science fiction. By exploring unknown extraterrestrial territories, futuristic space landers and research platforms, plus fantastical habitats on other planets, he attempts to communicate our earthly plight and our visceral desire to expand humanity into the greater universe.

Crotty is a 2015 Guggenheim Fellow. His work has been extensively exhibited nationally and internationally and is in many important museums and private and public collections.

A native Californian, Crotty grew up in the San Francisco Bay Area, began and nurtured his art career in Los Angeles, lived many years in the Santa Monica Mountains – and now works in Ventura and resides in Ojai, California with his wife Laura Gruenther and their Australian Kelpies.